The Trip that Almost Wasn't: 8 Days in Iran 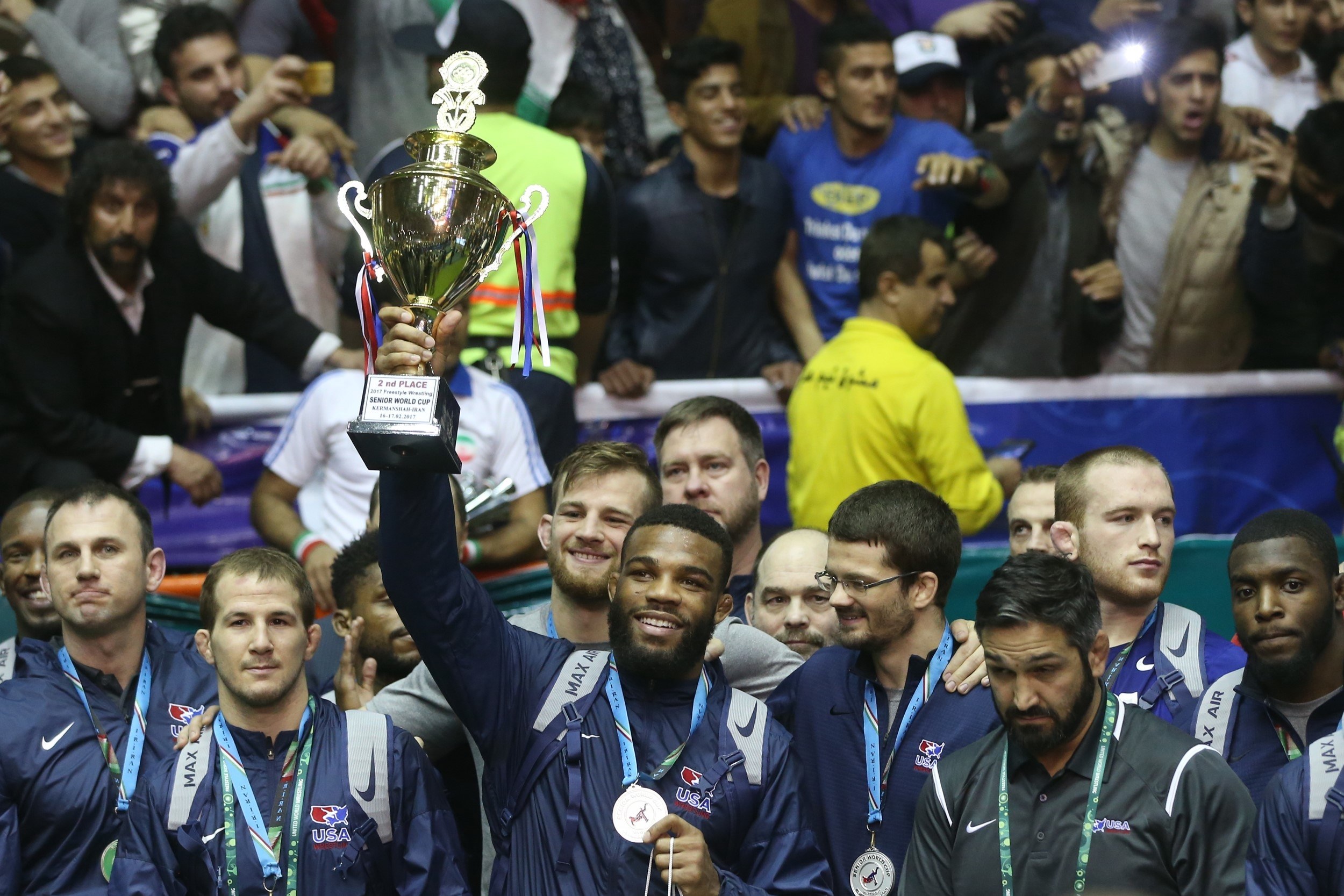 Wrestling isn’t easy. It’s never been easy. But it’s even harder when you face opponents both on AND off the mat.

After the Olympics in Rio, I’d taken some time off to recover and refocus, and on this year’s schedule, circled in a bright red Sharpie, was the event where I’d make my return — the World Cup. This was the tournament where I was supposed to get back to doing what I love.  And it almost never happened.

After diligently training for six months in preparation for my return, something sudden and unexpected happened. Almost two weeks before the event, President Donald Trump signed an executive order banning immigrants from seven Muslim majority countries from entering the US for 90 days. Of those seven countries included was, host of the 2017 World Cup and wrestling powerhouse, Iran. This decision spurred much uncertainty and worry in the lives and homes of millions of people throughout the world, my home being one of them.

Almost immediately after the news my phone rang. “How do you feel about Trump’s ban? How will this affect your status in the World Cup?” Reporters from various media outlets wanted the scoop. Politics had trickled down into the sports world. The questions began to fly in, but by the looks of it, we weren’t going to be flying anywhere. We had no idea that this was coming, nor did we understand the implications that it would have on our trip.

In direct response to our president’s ban, the Iranian government denied our visa applications to enter the country, essentially disqualifying us from the World Cup. But then came another phone call, this time from USA’s head wrestling coach Bill Zadick. “Stay prepared. We may still go,” he said. For a few days we were in an ultimate state of limbo surrounded by uncertainty. I didn’t know whether to go to the wrestling room or to Chipotle. It took some discipline not to check out mentally during this process. With our backs against the wall, USA Wrestling had actually began a motion to have either the event change location, or be postponed to a later date. All we could do was keep our weight down, our skills sharp and hope for the best.

As I awoke a few days later, I looked over to the cell phone on my nightstand and to see that it was lit with notifications. “Congratulations, the ban has been lifted!” The Iranian government had extended us grace, though our governments were at odds. They had approved our visa applications and intended to give us clearance for the time of competition. I tried to process the whirlwind of information and what this meant. Would we go? Was this real? Was it safe? We had a conference call that afternoon with the leaders at USA Wrestling, as well all the team members scheduled to compete. Everyone laid out their thoughts and concerns, and after some reassurance we were all on board.  Against recommendations from some friends and family, and even fans, we packed our bags. We were going … a few days late, but going nonetheless.

Upon touchdown in Kermanshah, Iran, all of our fears and concerns regarding safety were immediately alleviated as we were welcomed with open arms. Reporters lined the airport runway to greet us with television cameras. Fans lined the inside of the terminal in hopes to get close enough to snap a photo. We were well protected with security guards during our entire trip. We were escorted to and from the venue and hotel by police vehicles. Security details stayed by our sides until we were safely back to our hotel rooms each night. But in all seriousness, the only thing that I needed protection from was the overwhelming showering of kisses from adoring fans each day. The Iranian people are some of the most gracious and loving, especially to wrestlers. Their passion and knowledge of the sport of wrestling is incredible. Being in an arena with Iranian fans is electric, emotional, and almost indescribable. Every senior level wrestler should experience what it is like to compete in Iran.

My return to the mat in Iran was far from what wrestling fans would describe as dominant. But it didn’t matter, because up on the stage and inside that circle, I was at home again. No longer was I the young stud, looking to make a mark on the wrestling community. I had become the reliable veteran looked upon to get our team on the board in the clutch. For six months post Rio I had battled with thoughts of inadequacy, but I had struggled well. In the struggle I grew and persevered, and now I was back to doing what I loved.

That’s not to say it wasn’t a tough weekend. I won on criteria, by one point, and even won a match that I was losing at the time my opponent was disqualified. I am still resharpening my skills, but my poise and heart always remain. As a team we were within an inch of bringing the title home, but all of our guys wrestled valiantly under the circumstances and I am proud to have been a part of that team. I’ve begun a new streak. I’m 4-0, and I’m still pretty good at wrestling.

In closing, I’d like to respectfully say that Donald Trump and I have two completely different views of Iran. I’m not a politician. Neither am I informed enough to speak on behalf of an entire country. Our president did what he thought was best to protect the citizens of the United States. It would be selfish of me to think that there aren’t people on American soil who have been negatively affected by the unfortunate acts of terrorism, who feel that this ban may have positively served our country. But I am an American who has been to Iran, and dwelled amongst the people. Danger lurks everywhere, and to cut off an entire nation because of a perceived threat, I can not and will not stand behind. America doesn’t need to be made great again. It already is, and that’s why our foreigners are eager to come here, not to hurt us, but to pursue better lives for themselves and their families. I never desire to operate in fear, and as a country we shouldn’t either.