Beat the Streets NYC: The story behind the event 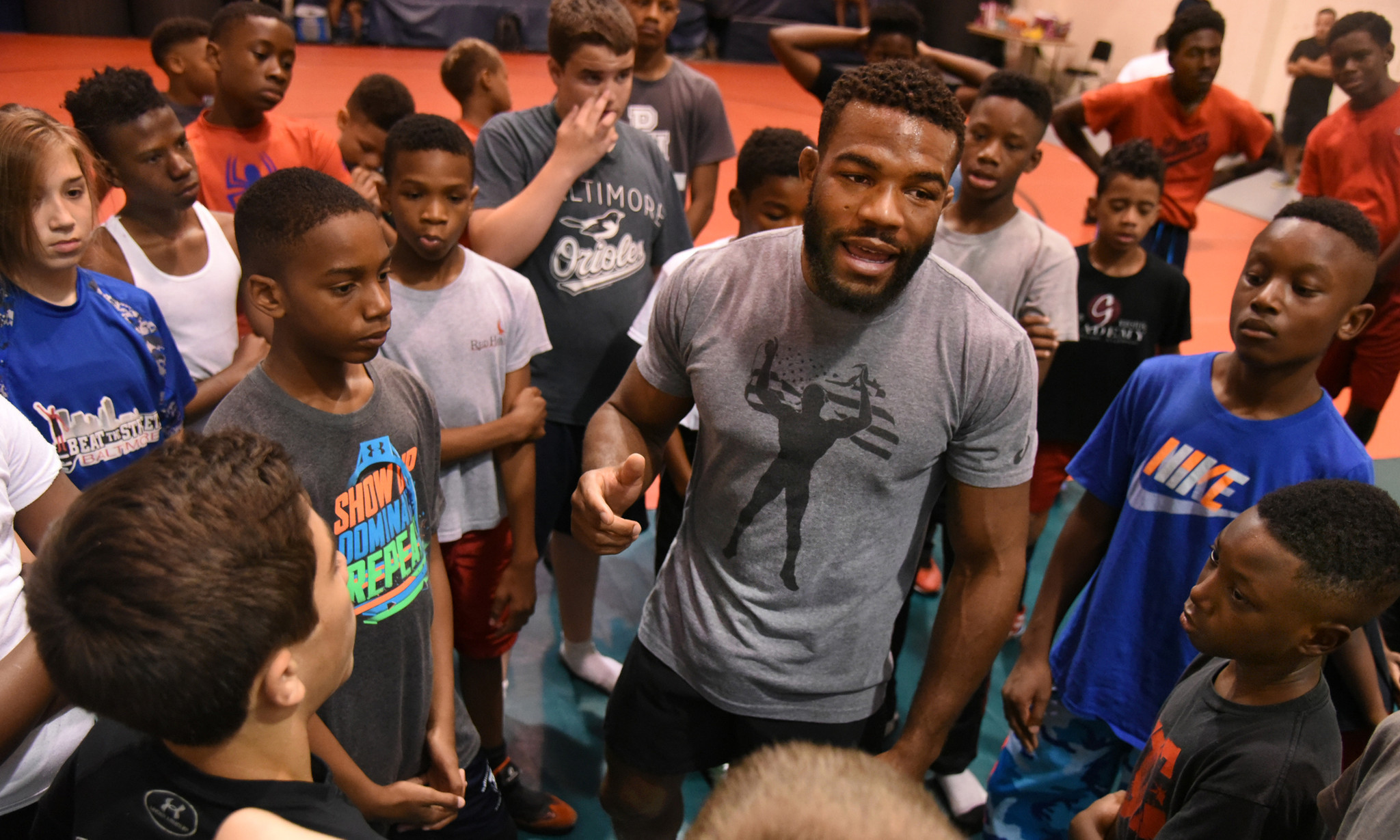 As the excitement builds for my big time matchup with UFC superstar Ben Askren I need to take a moment to remind the world why this event is truly important.

I grew up in a predominantly African American community, where unfortunately, wrestling just wasn’t cool. If you played sports, it was either football or basketball. Maybe baseball. But wrestling? Not so much.

I was one of the few black kids in my neighborhood to find myself on a wrestling mat. Lucky enough for me my best friend also found himself there. Our coach not only cared about me as a wrestler, but truly as a young man, too. It was rare, but I found it — or maybe it found me.

Well, it’s no longer a pipe dream for young minority kids to wrestle. Beat the Streets New York City is not only bringing wrestling to thousands of young men and women throughout the five boroughs of NYC (as well as all over the country), they’re also providing them with tutoring, mentorship, internships, and elite training. Beat the Streets is helping our youth prepare for LIFE.

I believe wrestling to be the greatest sport in the world. It’s man’s oldest form of competition — and it has taught me the life lessons necessary to become a man of integrity. There is no better way to empower our youth and show them what’s possible, than to bring them up in wrestling and teach them that they too can achieve their dreams-- on and off the mat.

A large number of individuals who benefit from BTS are brown like me. I not only compete for myself, my family and my fans, but also for any kid who can look up on that mat and say to him or herself, “Hey, he looks like me!” Because to me, that’s the true meaning of legacy — what are you leaving to the people who will follow behind you? Is it just about technique and skill set? Or is it also about hope?

This is my ninth year competing in this event. Each year, I hope that my participation can be the catalyst of change for someone in the crowd. More than 80 percent of these kids come from low income homes with little opportunity to succeed. There may be lack of inspiration or encouragement in their environment, but we as competitors have the responsibility of reminding them that it's possible. We can provide a meaningful spark to their growth.

I will always be an advocate for Beat the Streets. Twenty years ago I was one of these kids hoping to meet my favorite wrestler, not knowing what I was truly capable of, but understanding that I wanted to become more than I was. It is possible, and these children are worth it. They need to know that. Whether it’s providing resources, taking a photo, or simply wrestling a match, you never know when you’ll have the chance to change someone's life. On May 6th, I look forward to another opportunity to do that.

The Grapple at the Garden event and gala are Beat the Streets largest fundraisers each year. This year I will be competing at the Hulu Theatre alongside the USA World Team and some of the best young wrestling talent our country has to offer. We will get to showcase our great sport, and inspire the next generation.

So if you find yourself in the big city on May 6, and even if you don’t, I’d ask that you take a trip to join us in supporting the Beat the Streets organization. Tickets are selling fast, so please be sure to visit their website below for more information on attending the event and donating to the cause!

RT @pennsylvaniartc: It’s been a great week of training and friendship. Thank you to Olympic Bronze Medalist Myles Amine and our friends fr…