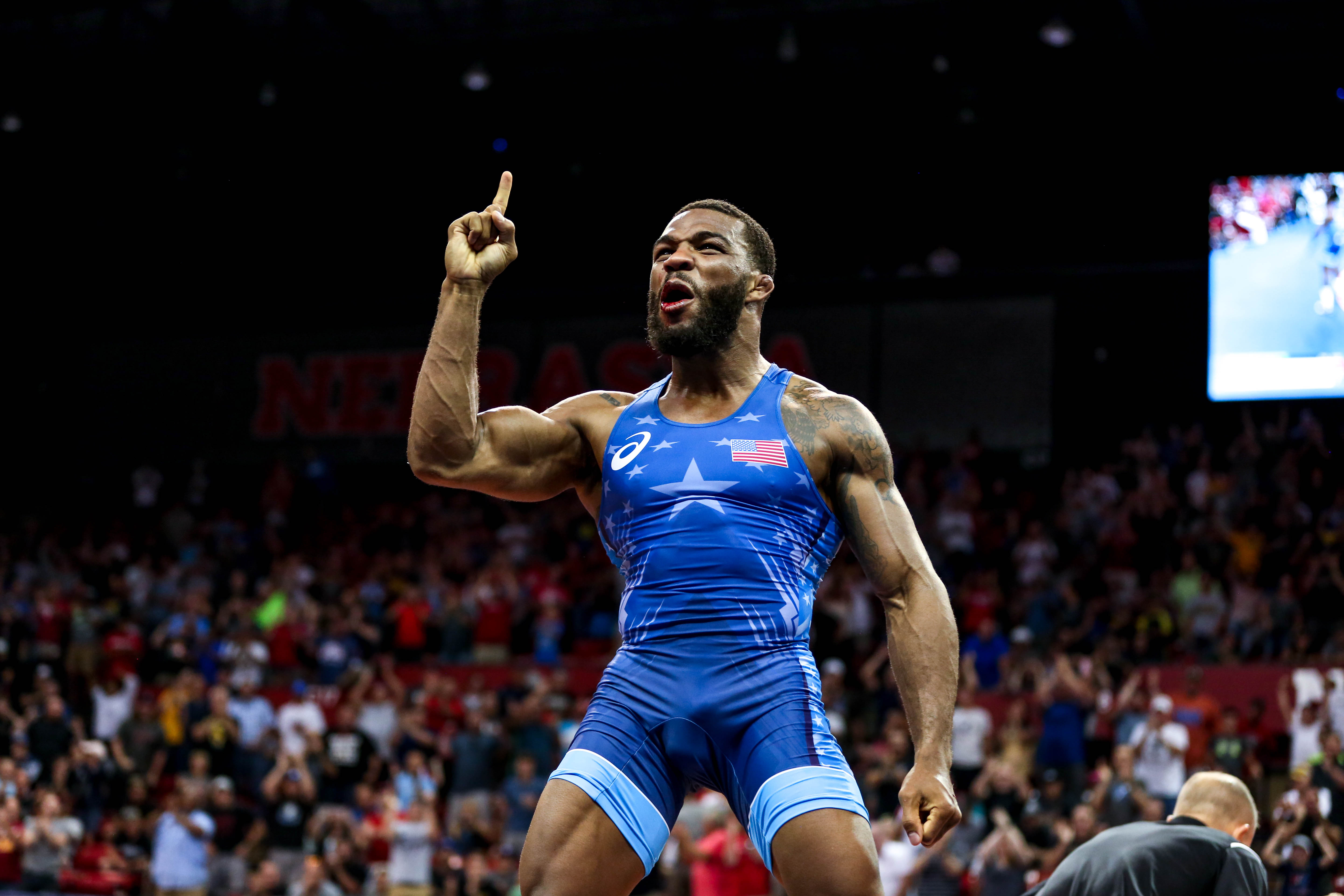 I didn’t grow up desiring to be an Olympic Gold Medalist. When I pulled up a singlet and strapped on my headgear for the first time as a kid in South Jersey, I was just hoping to win the tallest trophy at the local youth tournament. Long before I was standing on top of podiums across the world, I was a skinny youngster learning the basics of wrestling on mats laid across the cafeteria floor of my town’s high school. There was no history. No tradition. No lineage.

But what I lacked in pedigree, I made up for in heart. The grit and determination that I developed in the gymnasiums around the East Coast helped refine me, and with a little bit of hard work, and a touch of luck, helped me get noticed. After zero official visits, and a single state championship as a high school senior, I eventually received only one call.

That call came from a region that I’d never even bothered to locate on a map. But it didn’t matter. I was going to be a Husker. And for the last 14 years I’ve called Nebraska home.

I wasn’t born here, but I was bred here. I arrived in Lincoln in the Summer of 2006 as a young man uncertain of my athletic abilities. Since then, I’ve spent almost every day working with my coaches as they helped to meticulously mold me into a champion. I worked hard to enhance my powers, learned to harness them, and then unleashed them on the world.

Just a kid from Sicklerville, NJ, Nebraska embraced me as their own. The fans here never saw black and white...only red.

Anytime you have seen me, you have seen two men -- Mark Manning and Bryan Snyder -- close behind. The lessons that these coaches have taught me go far beyond my performances on the mat. They are not only coaches to me, but truly family. Every single one of my five titles are their titles as well. We’ve got one more year to add another one, together in Tokyo.

Over the last three months I’ve had a considerable amount of time to think about my future. Is it my time? Should I walk away? Will this Olympic cycle be the last for me? Should I leave my shoes on the mat and move on to the next season of life?

My body is strong. My mind is sharp. I love this sport, and I’m not finished.

But in a new place.

Back where it all started.

This will be my last year at Nebraska. In the Fall of  2021, my family and I will be moving back to the east coast to become part of the Pennsylvania Regional Training Center (PRTC) in Philadelphia -- just 23 miles from my hometown of Sicklerville, New Jersey.

I’m a true believer that the greatest work I will ever do will not be on the wrestling mat. An athlete’s legacy extends far beyond what they’re able to accomplish on the field of play. I have the ability and the voice to empower and lead the young men and women of the next generation, and I want to do that in the same place that I began.

RT @pennsylvaniartc: It’s been a great week of training and friendship. Thank you to Olympic Bronze Medalist Myles Amine and our friends fr…