How We Met. 5th Anniversary Story 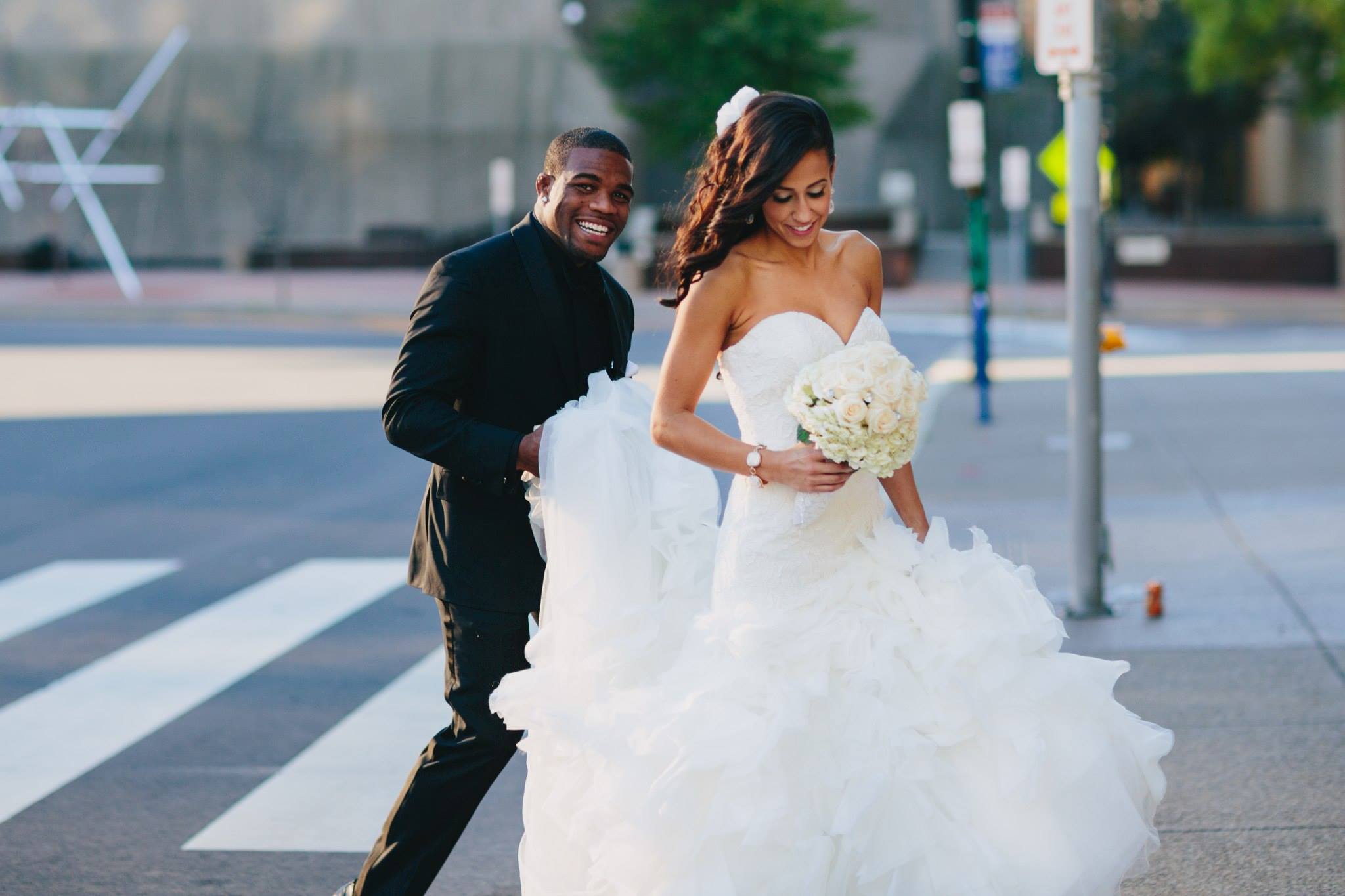 The year was 2011. I was a senior in college at the University of Nebraska, and I was wrestling in the NCAA Championships in Philadelphia, PA. My wife Lauren’s youngest brother Matt Mariacher, was a conference champion that year at 141 and an NCAA qualifier at American University. Lauren and her entire family took the trip from Buffalo to Philly to watch him compete. Here’s where fate intervened. My first match of the tournament just so happened to be directly in front of the section of the stands in where they were seated.

With action on all eight mats, and plenty of excitement surrounding the event, it was pretty special that she even noticed me. I must admit though, I am pretty hard to miss. Her Dad, Matt Sr., a former high school wrestling coach and obviously a very good judge of talent, pointed me out to her. “Hey Laur, watch this Burroughs kid from Nebraska. He’s pretty good.” But she did more than just watch. Not only did she think I was a good wrestler, but she also thought that I was good looking. *Smart girl. She was supposed to be at the tourney watching her brother compete, and instead she was in the stands scouting handsome talent. She came for the wrestling and left with a husband. Well sorta. Although it would have made for a great story, we didn’t even meet that weekend.

A few days had passed the since the NCAA Championships, and after capturing my second title my friend requests on Facebook were poppin with new fans hoping to connect with me. Now let me remind you, as good as I was at wrestling, there weren’t many women out there checking for wrestlers. My requests were usually super dry, and as expected — only filled with high school wrestlers and their coaches. But this time was different. As I scrolled past dozens of potential friends, there was one in particular that made me stop. Buried between all the notifications was this little backwards hat wearing hispanic cutie named Lauren.

I clicked her profile immediately.

If a girl was fine, I was usually the one doing the requesting so at first I imagined that it was a fake profile ????????. I initially thought “she's too cute to want to be friends with me.” And listen I’m too popular to be out here getting "catfished.” I had never seen her nor did I know of her, but what really pulled me in was the fact that she had on a wrestling hat on in her profile picture. She was legit. I accepted and said hello. Ya boy was about to come up.

I used the most generic pick up line to spark a convo. “Thanks for the add.” Simple, but effective. She took the bait. Lauren responded, telling me how she was at the NCAA tournament and wanted to congratulate me on winning a second championship. I was shook. Dang, she’s cute and she knows about wrestling.

Now this is when the story get’s pretty freaky. During that first conversation she tells me, “My dad says you’re going to be an Olympic champ someday.” No lie. This was before I even won my first world title. She said that. So I shot back, “I hope he’s right.” She told me, “He usually is.”

I wish I still had the facebook message to prove it, but I was at a point in my life where I was still deleting messages to hide from other girls, and I was up to no good. Imagine what you can almost miss out on when you’re messing around. But I digress.

I continued, "If I win the Olympics, could I take you on a date?” She answered, “Sure. Or sooner if you’d like.” I could tell she was interested, and I liked it. But I knew this was a long shot. Lauren was driven and doing well for herself. After finishing up her master's degree in journalism at Columbia University she'd became a sports reporter and videographer for the Buffalo News, and she was really good at it. She’d made a name for herself and dreamed of one day making it onto one of the major television networks. I was just beginning my quest to be the best wrestler in American history. She lived in Buffalo, NY and I lived in Lincoln, NE. No way this could ever work out. Then fate intervened again.

The Cobra Wrestling club reached out to me. They just so happened to be conveniently located in upstate New York near Buffalo. They asked to fly me out to be a featured clinician at their club. As my plane touched down in Buffalo I remember thinking, “Lauren lives here! I should reach out to her and see if she’s free tonight.” By this time not only were we friends on Facebook, but we were also following each other on Twitter. So like the smooth playa that I am, I slid into her DM’s. “I’m in town for a few days doing a wrestling clinic, here’s my number. Shoot me a text if you’re free tonight, I’d love to meet you.”

She said yes. That night I found hot wings and a wife. And I haven’t been able to get rid of her.

Truth be told though — I got the better end of the bargain.

RT @atacapp: Excited to announce the opportunity to invest in ATAC. Join Jordan Burroughs as an ATAC owner. Click here to learn more or in…

This may actually be one of the few years where there isn’t a need for a college football playoff. There is a defin… https://t.co/h5j92zPiUS