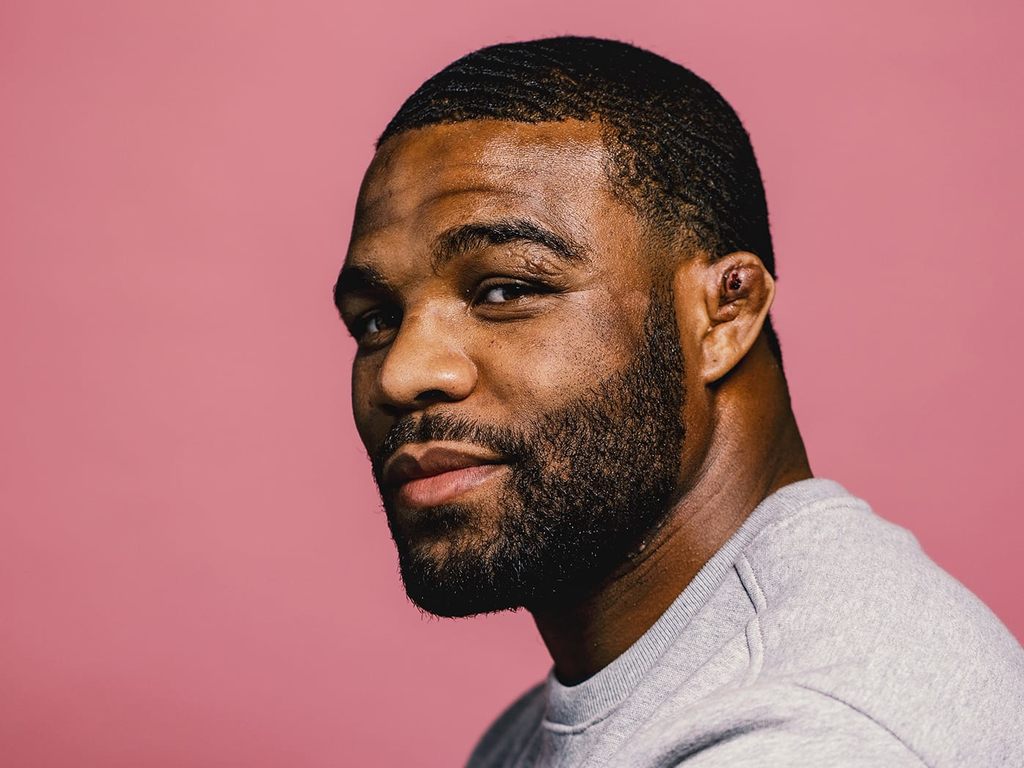 Jordan Burroughs is reminded every day of one summer moment in 2016. Whether he’s rewatching his wrestling videos and it pops up, or he’s tagged in a photo, some part of the most devastating loss of his career comes back to him.

Burroughs said it took him at least two years to sit down alone in his home and watch his loss at the 2016 Olympics that ended the projected favorite’s hope of a repeat. While he admits he’s in a better place and that the moment will propel him to the next, hopefully into Tokyo 2020, he says it still stings a little bit anytime he watches it in its entirety.

"It sucks," Burroughs said at the USOC’s media day event Tuesday celebrating one year out until the next Olympics. "It just brings you back, like you don't even think about where you are at the moment. You think about where you were then. It literally is a time warp back into that moment where you're like, “Gah, I could have done this or I could have done that.’ … It's hard to watch because you think about everything that you missed out on and all the changes that you could have made, but when you're in the moment, you think that it's still possible. ‘I'm going to pull this out, I'm going to win, I’m gonna make it happen and then that final whistle blows and you're like, ‘Oh my goodness.’ My biggest nightmare has come true live on national television for all friends and family to have watched happen. It sucked. It sucked."

That nightmare played out in Rio de Janeiro 2016 when Burroughs, who won the 2012 gold medal and was the favorite to repeat at the 74kg freestyle wrestling division, lost two matches in one day. Instead of leaving Brazil with hardware, he left with a 3–1 defeat at the hands of Aniuar Geduev of Russia in the quarterfinals and an 11–1 loss to Bekzod Abdurakhmonov of Uzbekistan in the losers bracket. Heading into that day, Burroughs had only lost two matches in his wrestling career. Following the match, he gave one of the most heartbreaking, honest quotes on losing the sports world had seen in a long time, saying he let his family down with the loss: "This is supposed to be my breakthrough performance that cemented me as a legend in the sport," he said. "And it almost retracted my position in the sport. It hurts me. It hurts a lot, man. It hurts."

Now three summers later, Burroughs is closer to the next Games than he is to his past. At 31 years old, he’s closer to the end of his career but he’s still looking for at least one last shot at gold and is the current No. 1 for Team USA in his division. He described his 2012 self as a “young cat” who got so good that the expectation was he would win every match. Then Rio happened and he put on a show of a different kind, bringing in different questions and doubts. It’s something he got through with a little time and trying to maintain some perspective.

As he heads into the year before Tokyo, he’s looking to qualify for his third Olympic games but hinted that he wouldn’t mind sticking around for Paris 2024 should his body let him. He’s also considered an MMA career post-wrestling and knows he could do it—many wrestlers have successfully made the transition, and many wrestlers weren’t nearly as successful on the mat as Burroughs has been—but admits where he's at in life is too good right now to really consider the prospect of taking shots to the head.

So the focus is on the World Championships, which are in September in Nur-Sultan, Kazakhstan, after he earned the second seed, and earning a place in Tokyo in the sport that almost wasn’t there. As he talked about wrestling’s much-debated removal and then eventual reinstatement to the 2020 games back in 2013, he brought up the idea of complacency. Wrestling, recognized as the oldest competitive sport and long a program in the games, was kept alive on its tradition. Burroughs knows the tradition is important, but so much more so is the sport’s evolution: "You can't just remain because you were an originator. You have to remain because people want to see you and that's what the Olympic games are all about."

It’s an idea he seems to know much about not only for his sport, but for his role at the games as well. When it comes to people bringing up that moment in 2016, he’s looking at it as an opportunity and one for his own evolution, given his different perspective over the years.

"Imagine how rewarding this Olympic games would be if I came back and won," he said, rubbing his hands together with a smile breaking out at the possibility. "It'd be sick. It'd be so amazing. Like it would be such an amazing comeback story, one of the greatest ever. I'm on the brink of creating such an amazing story, and I'm in the process of doing it but it's going to be hard. But the great thing is it can't get worse. It can only get better."

Both showed golden form at the Pan-Am Championships in Ottawa, Canada, just a few months out from Tokyo 2020.

In the -74kg final, Jordan Burroughs showed his class with an 8-1 victory over Puerto Rico’s Franklin Gomez.

The 2012 Olympic champion and four-time world champion ramped up his preparations for Tokyo 2020 with three lopsided wins en route to a fourth Pan-American Championship gold.

Congratulations on a legendary career. Here’s to many more! 🎉🥂 https://t.co/0g7S2DGn75

The football team getting honored at a WRESTLING match. Love to see it.

Spencer Lee sitting until his name is announced is a total boss move.