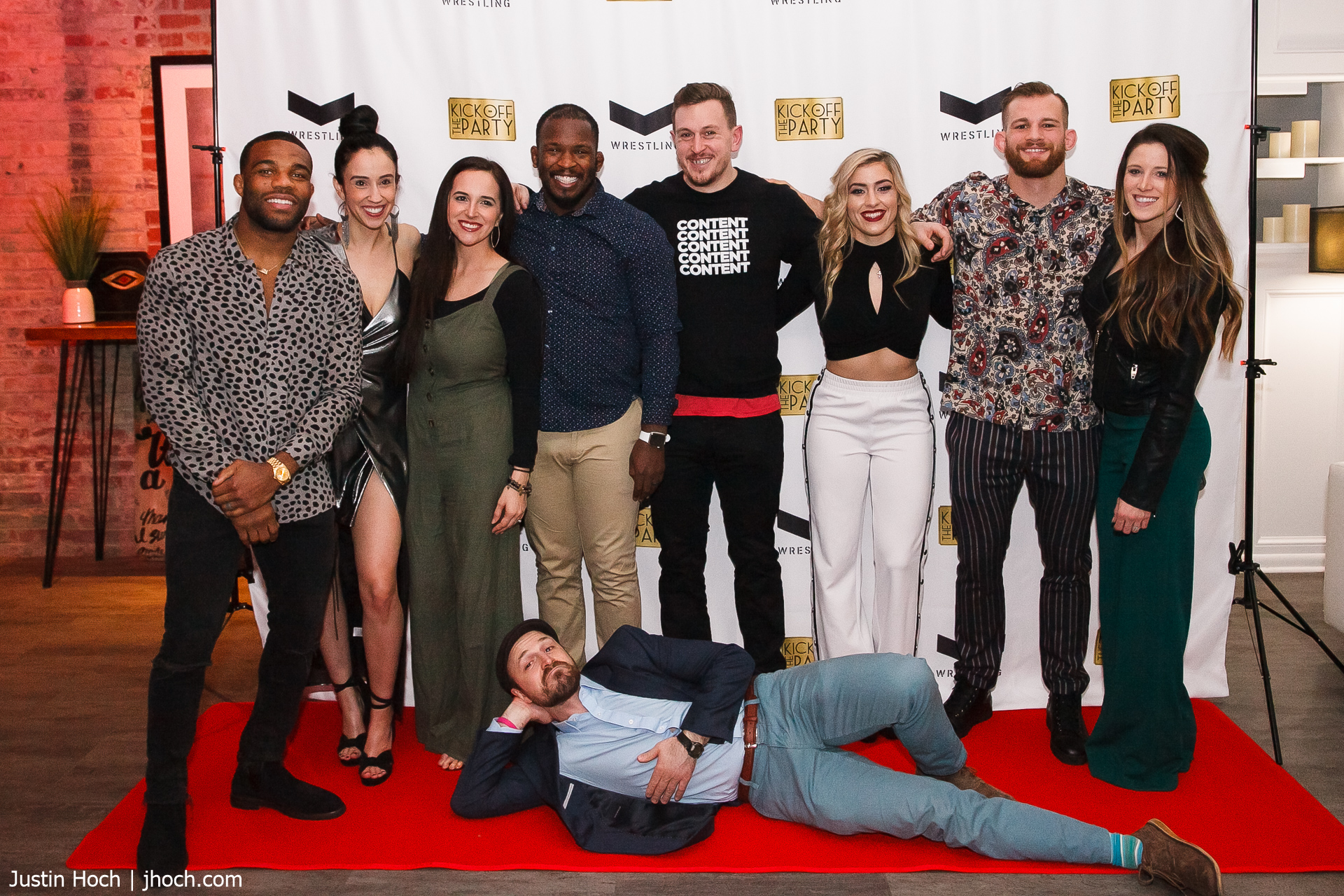 Success depends on how you define it. But more importantly, how you share it.

Three months ago, my wife Lauren and I were sitting in the dining room of our home in Lincoln, Nebraska cooking up ideas (we often do this after we put our kids to bed).

We were thinking about how many major sporting events are synonymous with popular social functions. Guests gather to celebrate the occasion and commemorate the prominent figures in their respective field. (ie. Super Bowl parties and All-Star Weekend celebrations).

Then we got to thinking -- “Why don’t we have this in wrestling?"

For the next 90 days, I watched as Lauren worked diligently to plan what would ultimately become the first annual Kickoff Party. What started as an idea manifested into something greater than we could have imagined, and is looking like it will continue to grow.

During the early stages of planning, we realized something very important. We have the platform to make this night much bigger than a social event. We wanted the Kickoff Party to transcend from a simple carefree evening with friends to a giant fundraiser that could impact the next generation or wrestlers.

So Lauren decided to host an essay contest. Funds generated from ticket sales and a silent auction would go to a local wrestling club in need of our help. Every year wrestling clubs or teams from the surrounding area of the NCAA Wrestling Championships host city will be invited to tell us about their program, how they could use our help, and why they deserve it.

After thoroughly reviewing this year’s entries, we selected Sto-Rox Middle School’s wrestling team of McKees Rocks, Pennsylvania. Sto-Rox is not yet a sanctioned program, but it only took one conversation with Sto-Rox Coach Dan Funk, to know his team needed our assistance.

Just listen to Coach Funk’s description of his team: “We take our kids to tournaments, and all these other programs have everything, and we have nothing. But the one thing that we do have is fight. From the moment these kids wake up, ‘til the moment that they go to bed at night, their entire life is a fight.”

With no program funding, Coach Funk scraped up the little money he could find to buy his team of new wrestlers a $100 wrestling mat. This mat was so old, and in such bad shape that his wrestlers would get stuck to it during practice.

That’s where all of your support became so helpful. With the revenue that we were able to generate, we now have the opportunity to purchase and donate a new full-sized wrestling mat to the Sto-Rox wrestling team. Now these young men and women will have the ability to train like champions.

From a small idea at our dining room table to Jay Verno Studios in Pittsburgh, Pennsylvania, my wife and I planned what we hope will now be the premiere party of the NCAA Championships each year. It’s an incredible opportunity to give back to the sport we love.

I want to give a special thanks to David Taylor, Kyle Snyder, and Helen Maroulis for their belief in our vision and their willingness to help us create a memorable night.

For everyone that attended the party, thank you so much for your trust and support. We couldn’t have done it without you taking a chance on us during our very first year. We promise it will be even bigger and better next year.