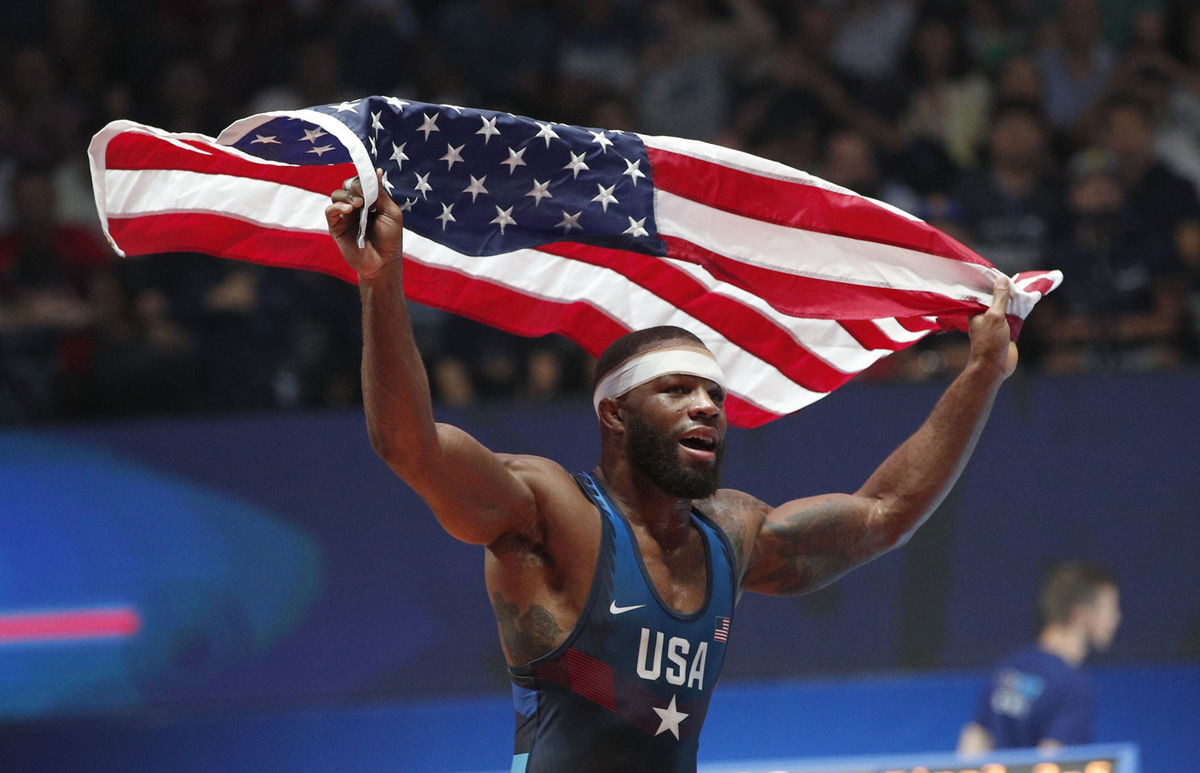 I had a whole spiel prepared. If I was able to put together a brilliant tournament and reclaim my position as World Champion in Paris, I’d let the world have it. “I’ll sure show them,” I thought. I planned on giving everyone a big “I told you so” interview after the finals. That would make me feel vindicated, and immaturely, I actually thought it would be warranted. I’d taken a psychological pounding from certain individuals in the wrestling community this past year and I was constantly reminded of how far removed I was from “The Champ” who stood on top of podiums around the world. So if I just so happened to win again, and regain the world’s fleeting attention, I’d verbally redeem my honor. But on Saturday August 26th, as I stepped off of the staged mat covered in sweat, and headed down the media tunnel, my bitterness was replaced with peacefulness. This one wasn’t for them. It was for me. It felt darn good to be back, and “I told you so’s” no longer mattered to me.

It’s the Fall of 2016. It had been a few months since my disappointing finish at the Olympic games, and I received an interesting phone call. On the other line was a wrestling coach, whose name I won’t mention, offering me advice. “I’ve watched your Olympic matches,” he said, “and you have some positions you need to improve on. If you want to prolong the success in your career, I have some technique that can help you. Your opponents in Rio figured you out, and it’s only a matter of time before the entire world scouts this video, and everyone knows how to beat you. So, can I come to Lincoln and show you?” True story.

Good intentions, terrible execution. I was fuming. I felt disrespected, and I didn’t know how to respond. He was right about one thing -- I needed to get better. My mind was in a state of limbo, and my future was uncertain. After The Games, I spent weeks questioning everything I’d done to prepare that summer. I asked myself -- Am I old? Is Nebraska still the right place for me? Should I retire? Do I need to relocate? Maybe I’d outgrown the NWTC and I needed to move on. Or maybe I’d outgrown wrestling and needed to move on to the next stage of my life. I wrote an emotional letter titled, “Dear Wrestling,” in which I discussed my love/hate relationship with the sport. There was a lot of speculation surrounding my next move.

“Yeah, break bread, well who baked it with you?

And then, on one afternoon in October, I got a knock on my door. It was my coaches Mark Manning and Bryan Snyder. They’d come to give me a kick in the butt. We sat in my living room discussing the plan for the next cycle. I didn’t have to be convinced to return to the sport, just encouraged a bit. On that day I decided that as a competitor there was only one place that I wanted to train, and two coaches I wanted to lead me, and I already had them. I was going to continue to wrestle, and I would do it in Lincoln.

From that day, we hashed out a plan to get back to the top of the podium. I grabbed my calendar and circled two dates --  June 11th and August 26th. The World Team Trials and The World Championships. If I hoped to get back on top of the world, I knew that I not only had to improve my technique but also refine my perspective. We all have a desire to be honored, heralded, and respected. There was a point early in my career when I was considered invincible, and honestly, I enjoyed it. Losing in Rio was the biggest shot my ego had ever suffered, and after such a forgettable performance last summer, heading into 2017 my mystique had vanished. The superhero bravado that had taken years to acquire was now gone, and what remained was vulnerability, and a man stripped of his identity. As I cried on camera, I instantly became a fading superstar while hungry, younger talent waited to stake claim as America’s next 74kg wrestler.

Everyone loves a comeback story, but few people want to experience the fall. But in order for something to be reborn, it must first die. Before I could truly learn to walk in humility, my ego had to be destroyed. Realistically, I had no choice in the matter. God has a way of humbling those who are unable to humble themselves. I’d spent years living for acceptance, and it wasn’t until losing on such a momentous stage, that I realized my identity was tied to my success as a wrestler. Completely fleeting. Winning gave me confidence, respect, and validation, and in a single day, it was gone.

Appreciate the pain, it’s a blessing.”

There were three things that helped me stay focused during this past year. First, I drew closer to my family and friends. These were the people who still believed in my abilities. My family and coaches continued to encourage me even through many moments of emotional struggle. It was refreshing to know that the people closest to you weren’t there based on results, but purely out of love. I tightened my inner circle and continued to train hard.

Second, I did my best to cling to my faith. After such an embarrassing event, it was hard to trust God right away. I treated Him as some sort of magic genie at times. If I did the right things, blessings would turn in my favor, and when it didn’t happen that way I was angry. I slowly began to trust that whatever God had planned for me, I’d be prepared to face. I knew that through trials, I would develop more strength and resiliency moving forward. I was unsure of the future, but I hoped that He’d elevate me once again for His purpose.

Lastly, I ignored the world. When I made the decision to come back to wrestle, I also made a point to turn a blind-eye to most of the internet world, and the negativity that can be a distraction from greatness. I didn’t listen to any FloRadio episodes. I stayed out of the forums and refrained from reading Youtube comments. I blocked all social media trolls. I had to have unwavering focus. This gave me the ability to manage the amount of praise and criticism that entered my mind and heart. During physical recovery, you only want to put positive things into your body, and the mind is no different. I only wanted thoughts of excellence to help me regain the confidence that made me who I am.

“What people think of you is none of your business.”

And so I dialed in. This time was different. I felt emotions that I hadn’t felt in a long time. I felt free. I learned to combat the unrelenting pressure with freedom; and freedom won. When I arrived in Paris, I knew that many things awaited me on August 26th. It wouldn’t be easy, but has never been. If it was still my time, I’d know it. No analysis, Pre-world’s breakdown, or championship predictions could tell me what I already knew. I was ready for battle. When I stepped on that mat, people were right. I wasn’t the same wrestler that I once was. I was better. I gave up a lot of points, but I scored more. I gave up the first takedown in all five matches, but I always scored the last one. I felt my opponent, adjusted, and got my hand raised. My spirit is unconquerable, and I now wrestle with freedom, not expectation. One year ago when I stepped off the mat in Rio, people told me I’d never be World Champion again. They called me old. They called me washed up, faded and forgotten. And now, they can call me five-time.

RT @atacapp: Excited to announce the opportunity to invest in ATAC. Join Jordan Burroughs as an ATAC owner. Click here to learn more or in…

This may actually be one of the few years where there isn’t a need for a college football playoff. There is a defin… https://t.co/h5j92zPiUS