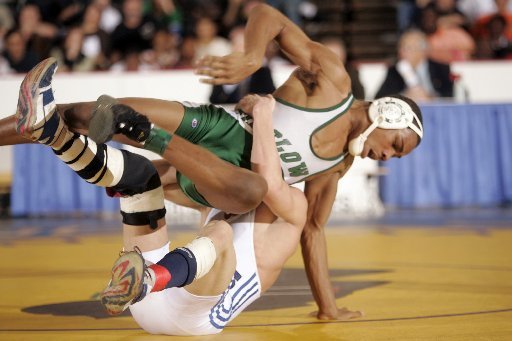 High School wrestling is awesome. It's one of the greatest times of your life -- wrestling side by side with the friends you've known since childhood and representing your hometown with a tremendous amount of pride. With State Championship time being upon us, I want to tell the story of the greatest memory of my high school career.

Who buys a medium pizza? Medium pizzas shouldn’t even exist.

I give you credit! They get their sportsmanship from you! 😂 https://t.co/M1D90l2X6g

We’re gonna miss you at @USAWrestling . It’s been an honor learning from you all these years. @CoachKJ__ Thankful f… https://t.co/DczpShFkbq