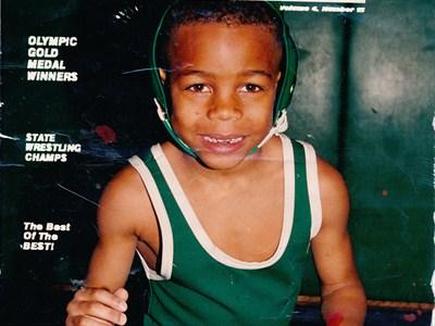 There’s a big misconception in our sport. Like in other occupations in life there’s an assumption that if you can do something well, you can teach someone else to be good at it. There’s a common belief that the best wrestlers make the best coaches. If you take look inside wrestling rooms around the country, you’ll notice a recurring trend. Most coaching staffs are filled with personnel who were once accomplished athletes. However, wrestling coaches around the world can take confidence, for the best coaches weren’t always the best wrestlers. Sometimes an ordinary wrestler, can make an extraordinary coach.

One of the most influential coaches in my life was my high school wrestling head coach, Rick Koss. Rick was an average wrestler, but a great coach. He’d never made an Olympic or World teams. He wasn’t an NCAA All-American. He was never even a state champion. His biggest accolade was a fourth place finish in the New Jersey state tournament. But until this day, he is still one of the greatest coaches that I have ever known, and I’m fortunate enough to have had him mentor me.

What Rick Koss lacked as an athlete, he made up for as a man. To him, character was more important than technique, and he walked and talked confidently, demanding respect from his wrestlers. Here are some of the most valuable things I learned from Coach Koss:

Arriving in high school as a 100-pound freshman, I was hardly setting the wrestling world on fire. I was a Momma’s boy, and I’d hardly knew what training at the next level would be like after leaving my local youth program. One thing that our coach didn't tolerate was bad conditioning. He would always tell us, "You may not have the best technique, but you will always be in the best shape.” That mindset has stuck with me throughout my career. Conditioning is something that all coaches are capable of implementing in their programs. Wrestle hard, and good things happen.

Ralph Waldo Emerson once said, “Treat a man as he is, and he will remain as he is. Treat a man as he could be, and he will become what he should be.” Rick became the head coach at Winslow Township High School during my eighth grade year. He knew that he had a stable of young wrestlers coming into his program who had been decently successful youth wrestler. But if any of us hoped to be state champions someday, we had to be balanced in life. Coach Koss showed me that being a man meant carrying yourself with class, and living a life of excellence both on and off the mat. We’d wear ties, and slacks to travel for away duals, and he didn’t tolerate cursing. He made sure we knew that as young men, especially young black men, there were predisposed stereotypes already surrounding us. It was our job to prove them wrong.

3.) He taught us how to compete at the highest level.

We were still young and oblivious to high level training methods in regards to wrestling. We would bring candy and soda to eat after weigh-ins and then bounce around to warm up before a match. It was evident that we needed a complete overhaul to fulfill our potential as wrestlers. Coach Koss introduced us to proper nutrition. He’d provide us with quality food to eat after weigh-ins. He would bring us in for an organized team drill before matches to make sure we were mentally sharp. We would turn all the lights out in the gym, and put a spotlight on the center circle, and finish by running out to our favorite song. He bought us team uniforms. He gave us end-of-the-year awards.

Coach Koss showed us to work hard and believe. Once a week, he would have what he called “champion’s practice." He would drive to our neighborhoods at 6:30 a.m. and pick up the guys on the team who were willing to put in the extra time. There would only be a few of us, but those days were memorable. He taught us to "Just prepare. Don't worry about how it will happen. Just be ready if it does."

5.) He taught us about family.

Every year at an event called the Collingswood Duals, Coach Koss would invite us over to his home to spend the night as a team. We would do karaoke, eat spaghetti and play video games before wrestling in a team dual tournament the following day. There would be 20 or so of his wrestlers stuffed into his house, occupying every room, couch, and even the hallways. In New Jersey, our state tournament was held at the Boardwalk Convention Center in Atlantic City. If you made it, he would drive all the qualifiers up in a limo to the first weigh in, and put our team up at Caesar’s Palace right on the boardwalk. It was epic, and it created a brotherhood that made us want win with, and for each other.

6.) He taught us it was possible

At the time, none of us high school athletes really knew that we had would it took to wrestle at the next level. Not many people from our area were receiving scholarships to wrestle at the Division I level.  We grew up watching the best guys on ESPN during the NCAA Championships, and reading USA Wrestler and WIN Magazine. I remember my best friend and next door neighbor Vince Jones having a poster of Damien Hahn and Mark Ironside hanging up on his bedroom wall. We thought it may be possible, but we didn’t know how to get there. Insert Rick Koss. He helped us prepare, and get into college. He’d arrange meetings with our guidance counselors and send our transcripts to schools. After my senior season of high school, I still was a relatively unknown recruit. On a whim, Coach Koss, my Dad, and a buddy of mine all drove to Pittsburgh for Senior Nationals to help promote my abilities. I had yet to receive any scholarship offers, but we grabbed my gear, hopped in the truck and tried to show the world I was worth it. I ended up winning the tournament, and shortly after that tournament I received a visit to my house from the head coach of the University of Nebraska, Mark Manning. And as they say the rest is history.

Rick Koss is just one of the many men who have had a positive influence on my life. Although he never wrestled at the highest level, he was always someone who understood that being a good wrestler took much more than being a good wrestler. I hope this will encourage coaches who are settling into a new position, or considering coaching, but who may have never accomplished the goals that you set out for yourself as an athlete. It’s possible to show someone else the way. Remember, the most memorable lessons you’ll teach your athletes won’t be about technique, but about life.