American wrestling. A superpower off-course. How do we get back? 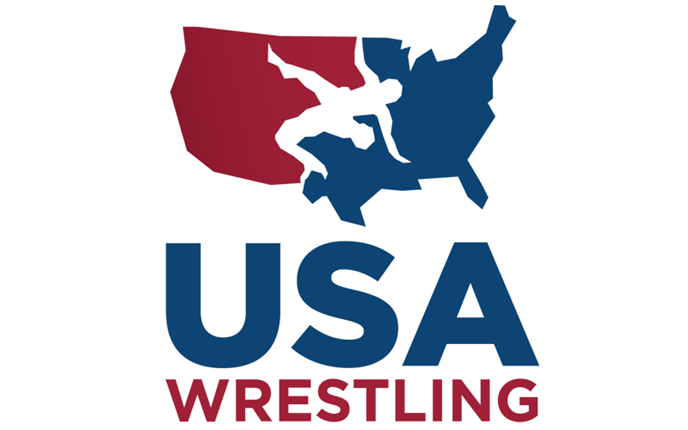 America was once a superpower in the sport of wrestling. For a period of time in freestyle (my favorite discipline of the sport), we were heralded as one of the greatest countries on earth. Before the likes of myself and Snyder, there were John Smith and Bruce Baumgartner, and a score of other greats who wore the stars and stripes proudly atop of the podium. In 1993 and 1995 the USA won its last team World Championship, and since then we have been in constant pursuit to recapture the glory from those days of old. But there is one underlying question that remains unanswered: How the heck do we get back?

To give you a perspective on time which has passed since our last team title, in September Kyle Snyder became our youngest World Champion ever, and he was born in 1995. The last time America was dominating the world in freestyle wrestling, our current champ was snuggled up tightly in Momma’s belly waiting patiently to enter the world. The next and most prevalent question that looms continuously is this: What has been missing in our sport from 1995 until 2015? Follow along as I dive into a topic that wrestling fans have long pondered to no avail, and discuss my personal thoughts on the current situation of American wrestling.

Folkstyle wrestling is the fundamental system that is used at the youth, high school and collegiate level in our country. I’m not exactly sure how it came about, but it has become the premier wrestling style in the United States and the most openly adopted, although we are the only country in the entire world that wrestles this form of wrestling.

Maybe it’s because of the rule changes to freestyle so often, or the difficulty counting on our international governing body to create a consistent long-term rulebook that is unbiased. Whatever the case may be, when our best folkstylers decide to make the transition to the world level, we are starting with an almost incomprehensible disadvantage. The rest of the world trains specifically in freestyle from their time as youthful beginners in the sport to adulthood, while most American wrestlers compete predominantly in folkstyle throughout the year, only to wrestle in a few freestyle tournaments each summer, and only really in preparation for the following folkstyle season.

I started wrestling at the age of five, and I didn’t wrestle in my first official freestyle tournament until my freshman year of college. I’d wrestled in only four freestyle tournaments before graduating from the University of Nebraska in 2011, and I was immediately thrust onto the international scene in a completely different style. I realize I am an anomaly, and I say that as a realist, not with an ego.

The bottom line is this: At some point, Americans deemed the NCAA Championships more important than World Championships and Olympic medals. But if being an Olympic gold medalist and World champion is still the pinnacle of the sport of wrestling, then we need to find better ways to complement that belief system to help translate into stronger performances and more success. Reasonably, I’m aware that not every collegiate wrestler will decide to pursue the next level of competition. But for those that do truly desire to be the best in the world, and not just the best in this country, then necessary steps must be met to adopt freestyle completely, or to make our current rules more similar for a smoother transition.

Let me start by saying I absolutely love what they do on a individual level for our sport. RTC stands for Regional Training Center, and it is specifically designed to give wrestlers an opportunity to focus solely on competing at the highest level by providing them with a home training location, typically with the affiliated collegiate program, as well as a living wage. I know, it sounds awesome. But let’s look at what isolating our country’s greatest wrestlers at various locations do to us as a team. The best wrestlers in America have become compartmentalized by their associations with their alma maters, creating difficulties in establishing a centralized team atmosphere. Take this past year’s 2015 World Championship team for example. Here are our primary training locations:

Look at the separation in terms of our best athletes, and considering our recent results as a whole, it’s pretty obvious we don’t see each other enough. The significance of a team comes from a universal mindset that can only be established through frequent meetings. You need to gain familiarity with your teammates and coaching staff. That camaraderie is extremely tough to build when you only see each other at a few training camps per year.

Second, each respective freestyle program doesn’t have enough individuals to field an entire team. That leaves four or five guys in each club, miles away from each other, attempting to become the best freestylers in the world by grabbing college folkstyle wrestlers in an attempt to sharpen their skills. These college guys are extremely tough young men, but there is a difference in feel and mat awareness between the styles. RTC programs should not be an extension of the collegiate team, but their own entities if they hope to not simply survive but thrive. Very few RTCs have a full-time freestyle coach, and the majority of the training regiment is spent under the umbrella of standard collegiate practices. It’s hard to incorporate freestyle repetition in such a sporadic schedule, and our growth is essentially stunted.

The bottom line is we aren’t well versed in a number of areas when it comes to freestyle wrestling. It is not to say that there is some special technique that has alluded for all this time and is only available to the foreigners, but it would be nice to have a combination of world-class technique to supplement our incomparable grit, every day, for everyone. Since 2008, only eight different wrestlers have won a medal on the world or Olympic stage. That’s an average of a little more than one per year! That leaves our grand total of medals won at 14 of 58 attempts over the last seven years, or roughly 24%.

The truth is, we haven’t been bred to excel at this sport like our foreign competitors, and our best guys train in collegiate wrestling rooms. Wiith all due respect, every coach does not possess the same amount of freestyle experience or knowledge. Sure, wrestling is wrestling regardless of style, but to a point. The average collegiate wrestling coach hasn’t been involved or trained freestyle in a number of years. Being at the Olympic Training Center regularly over the last six years, I’m well aware of which coaches spend time there refreshing their freestyle tactics for their team.

This is a collective effort, from the athletes and coaches. I’m fortunate my personal coach Mark Manning has been actively involved in our freestyle program for a number of years, has assisted in coaching multiple World and Olympic teams, and was actually USA Wrestling’s Freestyle Developmental Coach at the Olympic Training Center for a period of time. We need to educate ourselves on the intricacies in every position of freestyle wrestling and then attempt to replicate it at home. We are beyond the days when a good grasp of a few areas mixed with sheer determination and effort would win championships.

Blatantly speaking, we need more money. Wrestling is not a revenue-generating sport. The United States Olympic Committee programs rely on personal funding and donations to support America’s elite athletes as they focus on their pursuit of excellence. We are one of only two countries that receive no federal government support, and are funded primarily by individuals and groups who simply love our sport. There are a small number of resources, and a large numbers of wrestlers, all hoping to have a sustainable lifestyle while competing. I’m sure if wrestlers could afford to take care of themselves as well as their families financially while training to make a World/Olympic Team, there would be a lot fewer making the transition to MMA and coaching.

Everyone has to buy in. We need a collective cooperation from American wrestlers and coaches if we all mutually agree that we not only need, but want to improve as a country. I think we are all in agreement that we’d like to, but we have to temporarily lay aside our own self interest. Our current system has created a great platform for wrestlers to earn a living wage doing what they love. But it hasn’t helped us win, and it’s pretty easy to recognize that. From 2013 to 2015, our respective world finishes were 5th, 9th and 7th, and in my honest opinion that is absolutely unacceptable.

I’m far from perfect, but even as the most decorated wrestler in quite some time, I admit my constant need to improve as an individual, and especially as a country. My dream is to be a part of a world championship team, and I’m confident America’s future rests in our hands. Our ability to identify that the present model needs correction, has to be met with the development of a solution, or we will be doomed to continued mediocrity. Let’s return to prominence.

After all that, I’m bummed to admit I don’t have the answer, but I have a proposal. It would require a rather simple solution, if done properly. I believe we need a more centralized training location with fewer subdivisions of our country’s best athletes. Think FoxCatcher minus the mentally-ill millionaire. That’s what comes to mind for me when I think of the ideal training situation as a full-time freestyle athlete: There would be 20-25 guys training in a stand-alone facility, with multiple freestyle-specific coaches, providing a suitable stipend for all the athletes, with all the necessary equipment for training and recovery, in an agreed-upon location. Think it could happen?

This is not meant to humiliate any athlete, our governing body, or any representative or participant in our great sport, but presented as a candid challenge and proposition, intended to spark curiosity, in hopes that it will create a fire to reclaim our spot as the world’s best!

The true question is…

Who wants to stand up and lead the charge?