To commit or decommit? 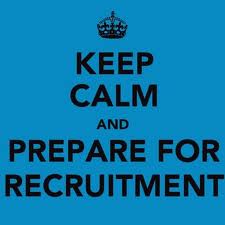 To commit or decommit --  That is the question

There’s been a recent phenomenon in the world of college wrestling recruiting. Decommitments have become almost as common as the commitments that precede them. To commit to a college early is to give a verbal agreement before the official collegiate signing period. This agreement states that you plan to attend a specific college as a student athlete. When the official signing period arrives and your national letter of intent shows up in your mailbox, you stand by your word and sign it. Done deal. However, that’s not necessarily the case anymore. At least not recently. Sometimes, between the commitment and the NLI arriving, things start to go awry, leading to a recent influx in an unprecedented amount of decommits and recommits. Who’s to blame for the changes in heart, and mind? I’m not completely sure, but I’ll do my best to dig into this topic on why I believe it’s happening, and how this occurrence has quickly shifted from an anomaly to a trend.

So you’ve got the goods, and they want you to be a part of their program. You’re the type of kid that teams are built around, meaning coaches will go to great lengths in order to get you. With your skills and a hole in their lineup, you can be sure of countless phone calls, texts, letters and visits to to you and your family. And all of those messages basically say the same thing -- “Please come to our school.” I imagine it is extremely difficult to turn down a school or coach that you grew up idolizing. Ideally, colleges would like to claim rights to you early to prevent you from becoming aware of what other schools throughout the country may have to offer. They fear that if you do explore, somewhere else may be more impressive to you. After a while the pressure can become immense -- recruits may grow weary, and many young men commit simply in an attempt to relieve the pressure of the entire process. Sometimes a high school kid just wants to be a normal high school kid.

When I was in high school, college coaches couldn’t contact you until July 1, before your senior year of high school. That rule has recently changed, and you can now contact high school athletes as early as their junior year. With contact now earlier than ever, an increasing amount of young men are committing early. However, I believe premature commitments are more about the schools and less about the student athlete. Here are some reasons that support my statement:

1.) Committing early means zero official visits, which in turn means a vague understanding of what the schools courting you are truly like.

2.) It does not guarantee a scholarship to that program.

3.) Schools can continue to recruit others in your weight to find someone who may be a better fit for their lineup.

4.)  You could just change your mind and want to go somewhere else.

5.) Down the line, another program’s success may begin to look more appealing, and you may want the opportunity to be part of it.

6.) The University you’ve committed early to may change coaching staffs.

Much can change in a year or two. Where you go to school often determines the trajectory of your life. This is a big decision to be making early. I recommend that you take your five official visits. Why not see what actually suits you and where you’d be most comfortable? It’s nice to have options, don’t choose one too soon.

Get ‘em all, sort ‘em later

Some college coaches try to stockpile the best high school wrestlers from throughout the country to be a part of their programs, even if they have no intention of having them in their lineup in the foreseeable future. Their mentality is, “get them all, sort them later.” The truth is, they may be telling multiple guys in the same weight class, "You’re our guy.” Unfortunately, that can only be true for one of them. Most of these kids are competitors with desire to spend all four years of their college eligibility in the varsity starting lineup. But coaches are thinking, if we get him, we may not need him, but at least he can’t beat us elsewhere else. Sadly, kids are losing the opportunity to achieve their goals because they were recruited in the same weight class as another stud at their desired school. I’ve seen the careers of amazing athletes spent as backups, when they could have likely been All-Americans in another program. I understand that coaches want to have full squads and quality guys to replace one of their stars if they go down with an injury. But there should be a limit to this. If you can’t see yourself using these recruits in your lineup, leave them alone. Some kids are now recognizing this and doing their best to avoid it.

There was a time when once recruits had publicly announced their commitment, they became untouchable. There was an unspoken honor system in place -- Coaches, athletes, and representatives of opposing programs left the commits alone and recruited elsewhere. That isn’t so much the case anymore. Nowadays, kids have unprecedented access to their favorite wrestlers and programs. Many senior level athletes remain at their alma maters after graduation, and many universities now have Regional Training Centers as an extension of their college team. Blue chip recruits spend time bumping elbows with the their favorite wrestlers and coaches at training camps, tournaments, and via social media. So although they’ve made a decision, there is still a constant bombardment of convincing narratives to get them to change their minds. Talk about clouded judgement.

Just for the record, this not a shot at any recent decommit. Their actions have simply peaked my interest, and allowed me to take a closer look. This blog is not to blame anyone (including coaches) for what’s going on. I write this so that we, as a sport, can gain a better understanding of why the act of decommitment has become so common. For young recruits, this is a life-impacting decision. Don’t rush into a commitment, take all of your visits, and enjoy the process -- You are only a high school recruit once!